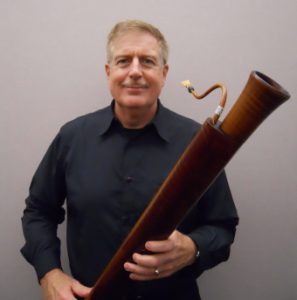 Originally from Philadelphia, David J. Rachor joined the University of Northern Iowa School of Music faculty as Professor of Bassoon in 1989 and retired in 2014. He is an internationally recognized scholar and performer on both the modern and period bassoon.

Rachor has traveled throughout Europe, presenting bassoon performance master classes and historical reed-making seminars. Rachor spent 2004-2005 on leave in Paris, France, where he was Visiting Guest Professor of Baroque and Modern Bassoon at the Conservatoire Nationale Supérieure de Musique et Danse in Paris.